Hi Daisyjean,
this funny scene from the movie The Proposal came to my mind when I read your post:
The Proposal - Clip - Going to Sitka
https://www.youtube.com/watch?v=vBLQfMke9FI

by daisyjean » 28.11.2018, 0:31
Rocky Mountain Rail
The Rocky Mountaineer train is the only luxury train operating through the Canadian Rockies to Jasper, Lake Louise and Banff. The Coastal Passage route allows you to extend your rail journey by starting or ending your Rocky Mountaineer vacation package from Seattle and offers contrasting scenery.
https://www.rockymountaineer.com/

by MrsIppi » 29.11.2018, 20:52
Name of the favourite place: Kraków, Poland
Why I chose it? What made it so special?:
If you believe the legends Kraków was founded on the defeat of a dragon, and it’s true a mythical atmosphere permeates its attractive streets and squares. It was the capital of Poland long-long centuries ago. The city was the central site of the Nazi General Government during WWII., the Kraków Ghetto was one of 5 major, metropolitan Jewish Ghettos created by Nazi Germany in the new General Government territory during the German occupation of Poland.

Nowadays Kraków is known as the leading center of academic, cultural, economic, and artistic life in Poland, with its greatest highlights being the outstanding architectural monuments visible on almost every street. 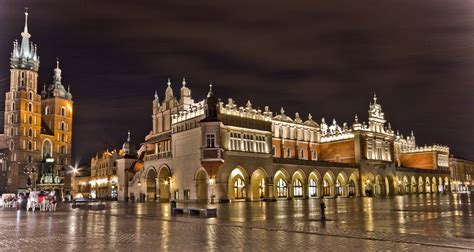 Name of the „dream” place: Salzburg, Austria
Why I think it’s worth to see?:
Salzburg is an Alpine gem of a city with a colourful mosaic of graceful domes, the imposing cliff-top fortress and the mountains beyond. Made famous by Mozart long before it served as a backdrop to The Sound of Music, Salzburg is synonymous with Baroque culture, classic music, picture-perfect gardens, towering spires and heart-stopping views. Austria’s fourth-largest city is visited year-round by millions of tourists and is also a popular university town. Salzburg’s Old Town is one of the best preserved city centers in the world. 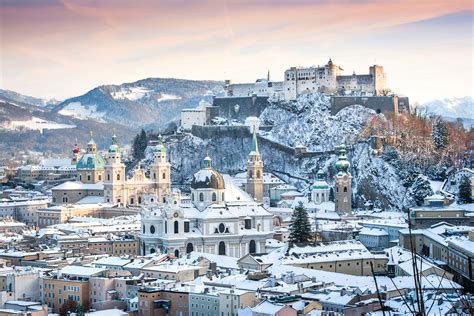 Prince Edward Island is one of eastern Canada's maritime provinces, off New Brunswick and Nova Scotia in the Gulf of St. Lawrence. The large island is marked by red-sand beaches, lighthouses, and fertile farmland, and is renowned for seafood like lobster and mussels. Charlottetown, the capital, is home to Victorian government buildings & the modern Confederation Centre of the Arts, with a theatre and art gallery.

by Graham1 » 29.11.2018, 23:14
Lake Bled.jpg
Favourite place;- Bled, Slovenia
Visited Bled only once 3 years ago but will surely want to return as there is so much to see and visit that a week is not long enough!
The town of Bled is nestled at the base of the Triglav Mountains beside Lake Bled which is Slovenia's most popular image for tourism.

Being a short distance from Italy, there is a strong Italian influence with gondolas on the lake taking visitors to the island in the middle where there is a church, accessed by a stone stairway.

It is a lovely walk arouind the lake and if you want a rest there is a train(on wheels) which circles the lake regularly so you can get on and off where you want.

A local speciality is Bled cake which is a very light and creamy sponge cake.

Also using Bled as a base, you can visit the local mountains, lakes and gorges, the capital city of Ljubljiana, also the Adriatic Coast where it is a very short trip to the coasts of Croatia and Northern Italy. You can get a boat trip to sail into Venice too.

Slovenia is a small and beautiful country and the people are very friendly.
You have to be a registered member to view the files attached to this post.

by MrsIppi » 02.12.2018, 0:37
Name of the favourite place: Toronto, Canada
Why I chose it? What made it so special?:
Visited Toronto 3 times. For the first time in 2001 I had the opportunity to spend a week in the city. My first impression was that Toronto is the most multiculturally diverse city on the planet. As I learned later over 140 languages are spoken. It's estimated that over half of Toronto's residents were born outside Canada, and despite its complex makeup, Torontonians generally get along. So I fitted in. And I liked the breathtaking view from the CN Tower. 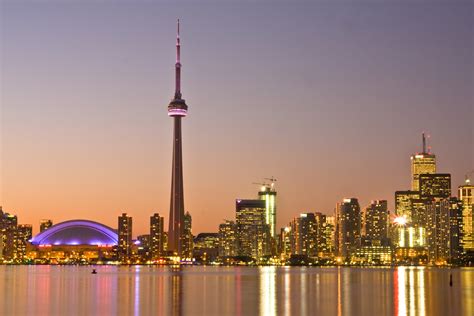 Name of the „dream” place: Singapore
Why I think it’s worth to see?:
There is so much to see and do in Singapore: Marina Bay Area is Singapore’s newest neighbourhood is a vast development spanning some 360 hectares of reclaimed land, which has been transformed into a futuristic landscape of stunning architectural icons.
The main attraction from the area is the Marina Bay Sands. This breath-taking, three-pronged architectural wonder is one of the city’s, and indeed the world’s greatest architectural achievements. It is not only an integral part of this extraordinary skyline, but is also one of the best places from which to view the city. Whether you choose to visit the rooftop Marina Bay Sands SkyPark, dine at the swanky Sky@57 restaurant or CE LA VI Skybar or stay at the hotel and take a dip in the largest rooftop infinity pool in the world, you can be sure of enjoying superlative views. 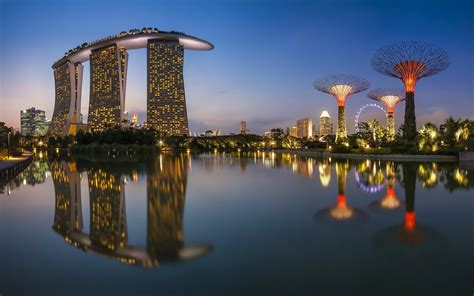 by daisyjean » 02.12.2018, 0:58
My next would be Anchorage, Alaska, because they recently had an Earthquake. 7.0 magnitude earthquake.
However, here goes nothing if and when they get back to normal.
https://www.alaskarailroad.com/travel-planning/day-trips 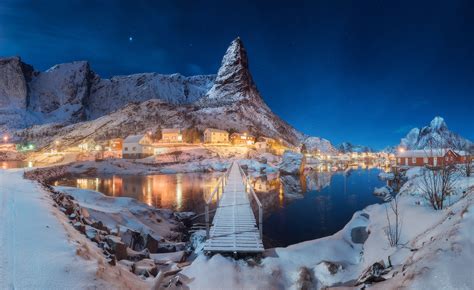 Beautiful health spa with healing waters and unique scenery. I was there several times before it became the huge attraction it is today. Good memories
Blue Lagoon Iceland 05.jpg
You have to be a registered member to view the files attached to this post.

Fairmont Hot spring is the largest in Canada, Liard River Hotspring is the second largest located in Northern B.C.
Is a provincial park in British Columbia, Canada. It is home to the largest natural hot springs in Canada. It is a natural river of hot water rather than a spring fed man made pool. The park is part of the larger Muskwa-Kechika Management Area. The community of Liard River, British Columbia is located nearby.
The Liard River hot springs are an oasis for any Alaska Highway traveler. Soak in the warm thermal waters of the Liard River Provincial Parks hot springs and rejuvenate yourself before you continue your journey on the Alaska Highway by RV or car.

Hot Spring Tips
Visit during the off-season - less traffic
Bring something to drink, as the springs will dehydrate you
Use a sled in the winter to bring in your necessities
Remember flashlights for nighttime winter soaking
Wear warm clothes to change back in to
Remember to remove your jewelry, as it will become discoloured
Bring garbage bags in the winter and put your clothes inside them. Place in the water to keep your clothes warm

by MrsIppi » 05.12.2018, 2:12
Name of the favourite place: Syracuse, Sicily, Italy
Why I chose it? What made it so special?:
In antiquity, and in its glory days as one of the main centers of Greek civilisation and military prowess, Syracuse was composed of five major areas, the names of which have remained to the present day Akradina, Tike, Epipolis, Neapolis and Ortigia, which in the time of the Greeks were known as "Pentapolis" ("Five Cities"). Though sometimes incorporated in to more recent structures, there are plenty of reminders of the Greek and Corinthian eras in these ancient quarters, in the Greek and Roman theatres, the tomb of Archimedes, the Fount Arethusa and the Ear of Dionysus, to name but a few. Syracuse was in fact the last bastion to Greek culture to fall during the changing fortunes of the Island with the Roman invasion centuries later. Ortigia, apart from its untouched Greek monuments, has other buildings such as the Greek temples to Apollo and Athena which are now themselves enshrined and incorporated into the more modern Duomo. 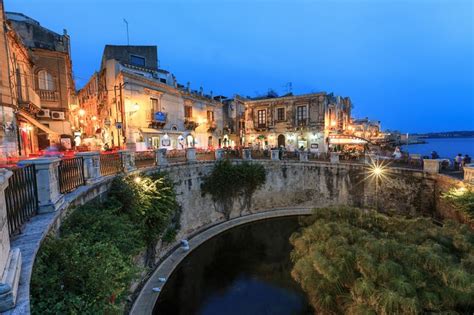 Name of the „dream” place: Cinque Terre, Italy
Why I think it’s worth to see?:
The Cinque Terre (Five Towns) is a string of five fishing villages perched high on the Ligurian Riviera which until recently were linked only by mule tracks and accessible only by rail or water. An ancient system of footpaths is still the best way to visit the five villages: Monterosso, Vernazza, Corniglia, Manarola and Riomaggiore. The Cinque Terre is noted for its beauty. Over centuries, people have carefully built terraces to cultivate grapes and olives on the rugged, steep landscape right up to the cliffs that overlook the Mediterranean Sea. The breathtaking views of harbours far below the wild but hospitable coastline along with the medieval fortresses and plentiful vines and vibrant colours make this a memorable holiday. 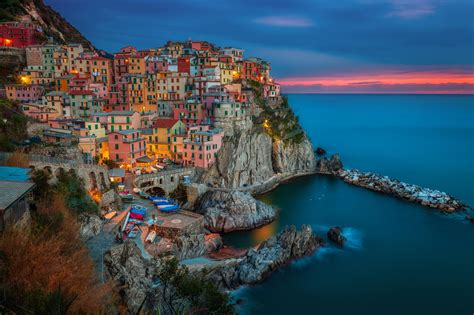