» Magazine » Health » CBD: Cannabidiol - What You Need to Know 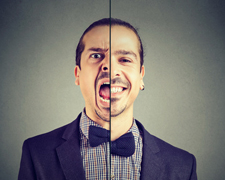 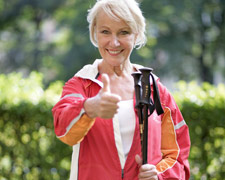 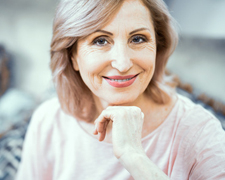 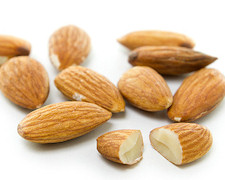 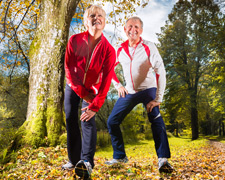 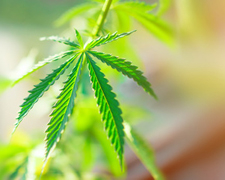 In recent months, cannabidiol, more commonly known as CBD, has become a buzzword in the health and wellness community. If you’ve heard of CBD, you likely know that this compound comes from the cannabis (hemp) plant. Unlike the compound tetrahydrocannabinol, better known as THC, CBD is not a psychoactive cannabinoid compound.

If you can’t get high from CBD, why is everyone talking about it? Though the compound has not yet undergone extensive clinical testing, preliminary studies suggest that cannabidiol is useful in treating some types of seizures, and may be useful in managing mental health problems, physical pain, and more.

Whether you’re interested in trying CBD or are just curious to learn more, here are the answers to the questions you’re likely to have!

Though cannabidiol is now fully legal in many countries, the ability to acquire it may vary from nation to nation. Regulation is constantly changing, and countries in North America and Europe are currently working to regulate how CBD will be sold in the future.

In 2018, the World Health Organization (WHO) declared that pure cannabidiol poses no public health risks. The WHO also stated that there appear to be no risks for abuse or addiction. In the European Union, most countries now allow for the sale, possession, and consumption of CBD-based products. The regulation and legal status of CBD, however, is determined by each country.

In general, products containing cannabidiol are legal to purchase, given that they meet certain requirements. In the United States, for instance, hemp-based CBD containing less than 0.3% THC is legal in all 50 states. Some states, however, are friendlier towards CBD than others. In Canada, CBD and THC-based products are legal, though certain restrictions still apply. The popularity of cannabidiol-based products was actually underestimated by many Canadian retailers, leading to shortages across many provinces.

As of 2019, CBD regulation is still changing in many nations. The European Union, for instance, has now declared CBD-infused foods to be “novel food” items.Though not legally binding, this legal guidance means that foods containing CBD may take years to hit the market in many European countries. In the United States, the Food and Drug Administration is working to learn more about the effects of CBD on the body. The FDA wants to know more about the science behind CBD and the effects on the body over longer periods of time before issuing further regulations and guidelines.

In short, if you’re interested in trying a cannabidiol-based product, it is best to do your research to ensure its legality in your area of residence. Purchasing your product from a reputable seller is another good way to ensure that the product you’re purchasing is safe and legal.

How does CBD work in the body?

THC, which is known for causing the high associated with marijuana consumption, works by binding to nerve receptors throughout the brain and body. CBD, however, does not bind to these receptors. Instead, CBD affects these receptors indirectly, resulting in more subtle, therapeutic effects on the body.

The effects of CBD are likely a result of the compound’s impact on enzymes and receptors throughout the body. The human body naturally produces compounds known as endocannabinoids. Phytocannabinoids, the cannabinoids found in plants, may work on the body’s receptors in ways that are similar to endocannabinoids.

One naturally-occuring endocannabinoid known as anandamide is known for activating the CB1 receptor in the body. This receptor’s activation is associated with many potential health benefits, such as reduced depression and anxiety, improved digestion, lowered blood pressure, improved memory, and more. When CBD is consumed, more anandamide becomes available to the CB1 receptors, creating the potential for improved health and wellness.

The health benefits of CBD appear to be wide-ranging, though they have not been fully researched. In the years to come, we will likely learn even more about the specific ways in which this compound affects the body.

What are the benefits of taking CBD?

As previously stated, cannabidiol is believed to have many positive impacts on the body. Most of these health benefits, however, have not yet been proven through long-term research. Preliminary studies and anecdotal evidence, however, suggest that the compound may have numerous benefits on individuals’ mental and physical well-being.

CBD’s therapeutic benefits may include pain treatment and epilepsy management. One of the few proven benefits of CBD is in the management of epilepsy symptoms in children. Those suffering from other conditions, such as multiple sclerosis, Parkinson’s disease, rheumatoid arthritis, osteoporosis, psoriasis, acne, and irritable bowel syndrome may potentially benefit from CBD, too. Mental health conditions, such as depression, anxiety, schizophrenia, and ADHD, may also improve when CBD is used in conjunction with other treatments and therapies. It is important to note, however, that there is currently very little research proving CBD’s ability to treat the aforementioned conditions. Much more research is needed before any conclusions can be drawn regarding CBD’s effects on the body.Some research suggests that CBD’s purported health benefits may actually be the result of the “entourage effect.” This term describes the synergistic benefits of consuming whole-plant cannabis extracts, rather than isolated CBD. The interaction of the more than 400 compounds in the cannabis plant may benefit the body more than CBD alone.

To what extent is CBD a credible natural remedy? Are patient anecdotes reliable, or are some the result of the placebo effect? More research is needed before definitive statements regarding CBD’s health benefits can be made.

Are there adverse effects to taking CBD?

To date, research suggests that patients taking CBD experience few side effects. As with many supplements, some individuals may experience symptoms such as fatigue, insomnia, changes in appetite, and diarrhea. At high doses, CBD may also impact the way in which THC affects the body, reducing the symptoms of sedation and intoxication commonly associated with marijuana consumption. The compound may potentially interact with blood thinners, so those taking anti-clotting medications may want to be cautious in their CBD consumption.

At present, it appears that pure CBD is generally safe to consume. Long-term usage, however, has yet to be studied.

How does one consume CBD?

There are many ways in which one can consume cannabidiol. A full-plant-based CBD oil extract is one popular option. Smoke, vapor, and sprays may also be used to inhale the compound. Capsules, powders, liquid-based solutions, and dried cannabis can also be used. Though regulation is constantly changing, CBD may also be found in other products, such as chewing gums and certain foodstuffs. In general, CBD seems to be most commonly sold and consumed in liquid and oil-based forms.

What should I look for when purchasing CBD?

Laws and regulations surrounding CBD and the ways in which it is allowed to be marketed and sold are constantly changing. As many companies are attempting to profit from the trendiness of CBD, it is important to find a reputable seller when purchasing this product.

Note that CBD oil is not the same as hemp oil. CBD, which is extracted from the cannabis plant, is often sold in oil form, in which the compound is combined with a base oil, such as olive oil or coconut oil. Hemp oil, on the other hand, is extracted from the seeds of the hemp plant, and generally will not contain any cannabinoids. Though associated with its own health benefits, pure hemp oil should be free of CBD.

The way in which CBD is extracted from the cannabis plant may also affect the quality of the final product. Solvent extraction, using carbon dioxide, is one of the best ways of separating compounds from the plant. Heat extraction using harsh chemicals such as kerosene and ethanol are generally less than ideal, as the cannabinoids in the plants are more likely to be damaged during the extraction process. The health benefits of the final product may be reduced as a result.

For the greatest health benefits, seek out “full-spectrum” CBD products. These products will contain more than just CBD, leading to the aforementioned “entourage effect” that occurs when all of the cannabinoids, terpenes, and phytonutrients found in the cannabis plant interact. CBD isolate, on the other hand, generally undergoes more processing, and is often sold in powdered form with other additives. Preliminary research suggests that CBD isolate is likely to have fewer health benefits than full-spectrum products.

In short, seek out reliable providers with high-quality CBD products. If possible, look for a seller whose products have undergone independent, third-party testing. Seek out full-spectrum products that have been extracted using high-quality solvents like carbon dioxide. If your product meets these requirements, you will be more likely to experience the benefits of CBD.

Though cannabidiol shows promise as a health-boosting natural remedy, it’s difficult, at this point in time, to determine how beneficial CBD may be in treating mental illnesses and physical ailments. As more research is done and the trendiness of the supplement dies down, the proven benefits and potential side-effects of cannabidiol consumption should become more clear.

If you’re interested in trying CBD for yourself, be sure to do your research before making a purchase. Find a product that is legal, safely-sourced, and sold by a proven retailer. Start with a small dose and see how you feel. When combined with a healthy lifestyle, CBD might lead to feelings of greater health and wellness. Only time will tell!

Medical cannabis is legal in the UK yet doctors do not prescribe it because they say they need more evidence of its effectiveness. As our prescribed meds are free, I am not sure if this is true or an effort to reduce costs!
Also interesting: