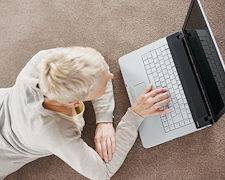 What is a Blog? - Blogging as a Hobby 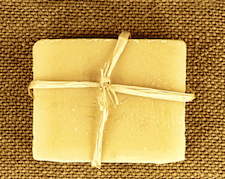 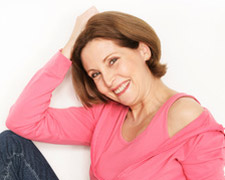 Simple Grooming Tips for Men and Women Over 50! 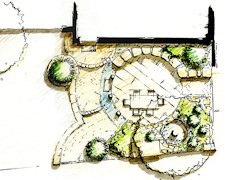 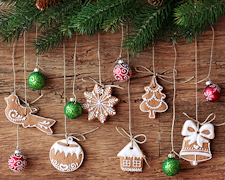 10 easy, do it yourself Christmas Decorating ideas 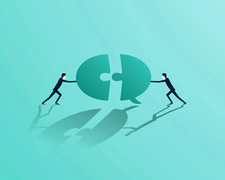 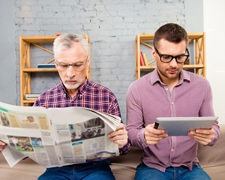 At the ages of 50 and older, most of us belong to the generational group known as “baby boomers.” Born in the 1940s, 50s, and 60s, many boomers played a part in redefining the world around them. In the years in which Boomers grew up, many Western countries experienced rising levels of health and wealth, in addition to becoming more open and tolerant.

Millennials, also known as Gen Y, are the group of young adults born between the early 1980s and mid-1990s. Often the children of baby boomers, millennials have grown up in a different world. With lives shaped by the media, technology and the unstable political and economic environment of the past decades, millennials view and interact with the world around them in ways that are different to their predecessors.

Recent studies have highlighted some of the key differences between these two disparate generations, as well as a number of surprising similarities. Here are some of the most interesting findings.

The ways in which millennials deal with the issue of money is somewhat different from their predecessors. In general, millennials seems to view their finances as less of a taboo issue. According to one study, nearly one-third of young adults had discussed their salary with a coworker, compared to less than one-tenth of boomers. Perhaps even more surprisingly, 75% of millennial couples claimed that they discussed their finances on a weekly basis, compared to just 44% of boomers. These conversations often started early, too. Of the pairs who met online, nearly a third discussed financial issues before even going on a first date.

Perhaps young adults discuss their finances so often because money is a bigger issue in their lives. In the United States, boomers often earned over 40% more than members of the younger generation. The percentage of disposable income available to millennials has decreased in countries such as Germany, Canada, and France, whereas boomers and older seniors experienced growing levels of disposable income during their lifetimes.

The effects of lower incomes and greater financial uncertainty reveal themselves in housing trends, too. Younger adults are more likely to cohabitate before marriage and wait longer before purchasing homes and apartments. All in all, millennials appear to be both more open and more cautious regarding their finances, likely out of necessity.

Young adults seem to be glued to their smartphones and digital devices. Baby boomers certainly spend less time online… right?Though one might assume that boomers live lower-tech lives than millennials, various studies have revealed that most members of the boomer generation are nearly as digitally fluent as their children. Over 4 out of 5 seniors are members of at least one social media website. Perhaps even more surprisingly, the percentage of seniors with profiles on the career-oriented website LinkedIn is almost as high as the percentage of millennials using the site!

Marketing experts should pay attention to the fact that boomers may be best reached via digital media, too. A Google study recently revealed that a majority of boomers watch online video. Perhaps most surprisingly, boomers even had a 10% higher viewing rate on YouTube than their millennial counterparts!Boomers, however, appear to be more cautious in how they behave online. Despite the commonly-held belief that seniors are easily scammed, the percentage of millennials losing money as a result of internet fraud was actually twice as high as that of 60+ adults! In one way, however, millennials and boomers’ online behaviors follow the status quo; millennials are more likely than their parents to turn to Google with important questions. On the whole, however, millennials and boomers appear to be similarly enmeshed with the digital world.

In recent years, many individuals have begun focusing on healthy eating and home cooking. Concepts like “slow food” and special diets such as veganism appear to be all the rage. Are we really taking the time to eat slowly and healthily, though?

Despite the healthy-eating hype, millennials are actually eating out more and spending less time on food preparation than boomers, despite working fewer hours than their elders. According to Kellogg’s, even breakfast cereal sales declined 14% since 2013, with younger consumers preferring to choose even faster breakfast options that didn’t leave dirty bowls behind. Despite repeatedly hearing about the importance of eating breakfast, nearly twice as many millennials “never” take the time to eat in the morning compared to boomers and older adults.

In some ways, however, millennials follow the predicted trends. Ordering pre-packaged meal kits is increasingly popular amongst young adults, who also prefer to drink "fancier” wine and spirits than beer. The trend towards eating out and away from grocery shopping, however, actually applies to all generations. In the United States, consumers are now spending more money at restaurants and bars than they do at grocery stores. The percentage of money spent eating food away from home has also risen for both millennials and seniors in the past decade. In short, all generations seem to be trending towards dining options that are faster, easier, and more convenient, though rarely more affordable.

Boomers and millennials came of age in two very distinct eras. As a result, members of these generations sometimes behave in different ways. Both millennials and boomers, however, are now members of a single fast-paced, modern world. Ultimately, all of us are affected by the political, social, and technological trends of the present-day. In many ways, we’re all more alike than we ever realized!

What is a Blog? - Blogging as a Hobby

Simple Grooming Tips for Men and Women Over 50!

10 easy, do it yourself Christmas Decorating ideas